Welcome to World Football Legends. The idea behind the site is to give detailed biographies of some of the greatest players and managers in the history of the game. The site is a work in progress and the intention is that when complete there will be more than 350 people featured.

Biographies are being added in order of the person's date of birth, starting with the earliest legends of the game and gradually moving towards the present day. As a result, any players born more recently than the latest additions to the site will not yet be included.

If you have been redirected from a page on the old site, please use the search facility to see whether that player is on the new site. If not, that person will be on the list of players to be added in the future. Please check back regularly for new content! 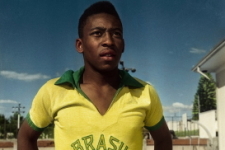 When the question of the greatest player of all-time is discussed, few names occur as regularly as that of Brazilian star Pelé. The only player to be a part of three World Cup winning squads, Pelé spent the majority of his club career with Santos where he scored more than 1,000 goals in competitive and friendly matches. He later played a crucial role in the development of the game in the USA when he starred in the North American Soccer League.

One of Argentina's finest defenders, left-back Silvio Marzolini is one of Boca Juniors' longest serving players having made more than 400 competitive appearances in 13 seasons with the club. Having also represented Argentina in the World Cups of 1962 and 1966, he later returned to Boca as a coach where he added another league title to the five he had achieved during his playing career. 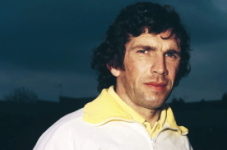 One of the Republic of Ireland's finest players, Johnny Giles began his career as a winger with Manchester United before being converted into a midfield player at Leeds United where he played a pivotal role in the club's greatest era. Becoming player-manager of the Irish national team while still a star player at Leeds, he later combined that job with managerial duties in both England and Ireland before developing a successful media career.