One of Argentina's finest defenders, left-back Silvio Marzolini is one of Boca Juniors' longest serving players having made more than 400 competitive appearances in 13 seasons with the club. Having also represented Argentina in the World Cups of 1962 and 1966, he later returned to Boca as a coach where he added another league title to the five he had achieved during his playing career.

Marzolini was born in the Barracas district of Buenos Aires on 4 October 1940. Being of Italian ancestry, it was perhaps unsurprising that his early experiences in football came in the youth teams of Associazione del Calcio Italiano in Argentina, a club formed by Italian migrants in Buenos Aires. It was there that despite being right-footed, he first played as a left-back, a position in which he went on to become one of the finest in the world.

At the age of 15, Marzolini moved on to Ferro Carril Oeste and as made his way through the ranks at the club, his belief in his own abilities led him into conflict with the club's authorities. Marzolini demanded a place in the first team and threatened to quit football if he didn't get it, leading to his suspension by the club. Having made a number of a trial appearances for other teams, Ferro eventually realised what an asset they had and brought him back into the fold, giving him a first team debut in 1959 against Boca Juniors. 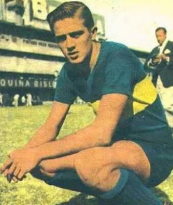 Marzolini immediately became first choice at left-back, where he was able to combine his defensive strength and aerial ability with great skill on the ball and an attacking instinct which gave him huge influence over the whole left side of the pitch. After helping Ferro to finish in joint-third place in 1959, he was signed by Boca Juniors ahead of the 1960 season and went on the spent the rest of his playing career with the club.

Not long after joining Boca and despite still being a teenager, Marzolini received his first call-up to the Argentinian national team. Having helped his country to qualify for the 1962 World Cup in Chile, he formed part of a strong defensive unit during the finals which kept two clean sheets in their three group games, beating Bulgaria 1-0 and drawing with Hungary. Unfortunately for Argentina, a 3-1 defeat against England in between those games ultimately cost them a quarter-final place as they went out on goal average.

Having spent a couple of years with Boca hovering just outside the title race, Marzolini won the first major honour of his career later in 1962 as his team edged out River Plate by just two points at the top of the league. A year later they reached the final of the Copa Libertadores, but lost out in both legs against holders Santos. By this time, Marzolini's stylish play and good looks had made him one of the most famous figures in Argentinian football. 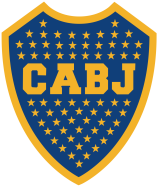 Having lost their league title in 1963, Boca won it back in style a year later, finishing six points ahead of Independiente. That season Marzolini also helped Argentina to win the 'Taça das Nações', a tournament celebrating the 50th anniversary of the founding of Brazil's football federation. Not conceding a goal in their three matches, they stunned Brazil in São Paulo to raise hopes of a successful World Cup in 1966.

On the back of Boca's successful league title defence in 1965, Marzolini went on to be one of the stars of the World Cup in England the following July. Again he formed part of an excellent defence, which conceded just one goal in beating Spain and Switzerland and drawing with West Germany to reach the quarter-finals. There Argentina faced hosts England in a bad-tempered game, which they lost 1-0, but Marzolini had impressed enough to be named as the left-back in the tournament's All-Star team.

Now one of the most respected defenders in the world, he played a starring role as Argentina narrowly lost out on the South American Championship in 1967. Having won their first four matches, Argentina needed just a draw with hosts Uruguay to take the title and came within 16 minutes of getting it, but agonisingly lost 1-0 to finish second. The following year, Marzolini was selected as the starting left-back for a FIFA world XI which faced Brazil in Rio de Janeiro 1968, in honour of the 10th anniversary of that country's first World Cup win.

Top European teams showed regular interest in him, but Marzolini always remained loyal to Boca. For a couple of years the club had dropped out of title contention, but returned to form in great style during the 1969 season. With the league having adopted a split-season format, they finished joint-top of their group in the 'Campeonato Metropolitano', narrowly missing out to River Plate in the semi-finals. 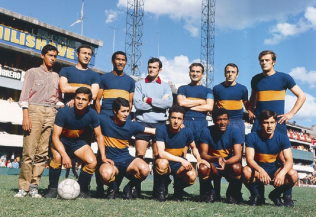 In the second half of the season however, they lost just one of their 17 games to win the 'Campeonato Nacional' and give Marzolini his fourth league title with the club. The 1969 season also brought victory in the new - and ultimately short lived - Copa Argentina, but Marzolini's international career ended in disappointment when Argentina disappointingly finished bottom of their group in World Cup qualifying and missed out on a place in the 1970 finals in Mexico.

Boca again won the Campeonato Nacional in 1970, this time beating Rosario Central after extra-time in the final under the tournament's new format. That proved to be the last major honour of Marzolini's career. He played on for another two seasons, turning down an offer to play in France in order to end his playing days with Boca. After a semi-final appearance in the Campeonato Nacional in 1972, Marzolini retired at the age of 32. His 407 games for Boca place him third on the club's all-time appearance list.

He moved into coaching, working with All Boys in the mid-1970s before returning to Boca in 1981. With a team captained by Diego Maradona, he won the Campeonato Metropolitano that year, edging out his former club Ferro Carril Oeste by a single point. After leaving Boca, Marzolini worked as a journalist and as a TV and radio presenter, before making a short-lived return to Boca in 1995 again alongside Maradona. In his 60s he worked with the youth teams of Club Atlético Banfield and oversaw a programme which produced many top class players, before finally retiring in 2008. Becoming one of the many football legends.