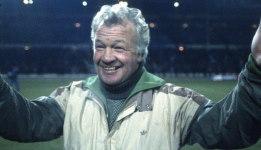 Billy Bingham is one of the most famous and popular figures in the history of Irish football. Playing as a right-winger, he enjoyed a long club career in England during which time he won more than fifty international caps. He later went on to enjoy a long managerial career in which he took the Northern Irish national team to heights not reached for many years. 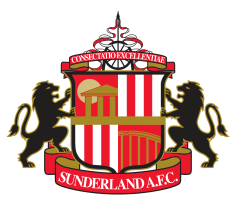 Bingham started his playing career at Glentoran in Northern Ireland, but moved across to England when he was sold to Sunderland in 1950. He made more than 200 appearances during a seven year stay which saw him break into the national team. Moving on to Luton Town in 1957, he was a crucial part of the Northern Ireland team that reached the World Cup quarter-finals in 1958 and played in the F.A. Cup final for Luton a year later. After joining Everton in 1960, he won a league championship medal three years later before moving on to finish his playing career at Port Vale.

Bingham's managerial career began with short stay at Southport, who he led to promotion to the English Third Division, and Plymouth Argyle. These jobs coincided with his first short spell as Northern Ireland's national team manager. After twelve games in charge of Greece in the early 1970s, he returned to Everton as manager for four years and also took charge of Linfield and Mansfield Town before returning to take the Northern Ireland job full time in 1980.

Bingham's second spell with Northern Ireland brought instant success with a first victory in the British Home Internatioal Championship for 66 years, and in 1982 he led Northern Ireland to their first World Cup since 1958. Bingham's team sensationally beat hosts Spain to reach the second stage, and it took a wonderful performance from a star-studded French team to prevent them reaching the last four. After taking the final British Championship in 1984, Bingham took Northern Ireland to another World Cup in 1986 but they could not repeat the success of four years earlier and went out in the first round. Northern Ireland entered a period of decline, and Bingham retired in 1993 after Northern Ireland failed to qualify for the 1994 World Cup. If you wish you can read about more great coaches and great players.